Are you a superfan of all things science? Do you adore Bill Nye and Neil DeGrasse Tyson? Did you do extra biology and chemistry homework just for fun in school? We’ve created a fantastic list of cool science-based attractions that are sure to thrill that big brain of yours, with a healthy dose of fun to boot. We’ve classified these events by the broadest type of science they embody: Physical, natural and earth. However, there are a multitude of scientific disciplines contained in these educational attractions. From entomology and astronomy to geology and applied sciences like engineering, you’ll get a diverse look into how science plays a role in our lives and the world around us.

Explore the final frontier right here in the heart of the western frontier. The Space Foundation Discovery Center is a top destination for anyone who loves science, life, the universe and everything. Located just north of the world-famous Garden of the Gods, this space-themed attraction explores Mars, the moon and the vast universe beyond, not to mention our own home-sweet-home, earth.

Discovery Center highlights include the Science on a Sphere® (SOS) and the Mars Robotics Lab. SOS was developed by the National Oceanic and Atmospheric Administration. Special software projects a fascinating, full view of earth, other planets, moons and even the sun. The Mars Robotics Lab is a little more hands-on. It uses tools like everyone’s favorite education toy, LEGO®, to simulate the unique robotics skills required to operate in space. The Space Foundation also provides free monthly star parties, homeschool days and signature events for scientists and adults to mingle.

Cave of the Winds: Earth Science

The Cave of the Winds is not quite as old as the stars above, but the Manitou limestone that forms it is at least 500 million years old (give or take a millennia). The caves themselves began to form about 4+ million years ago and the stalactites and stalagmites that stand ready to wow you are thousands of years old. That’s a blink of the eye to the universe at large (as you’ll learn at the Discovery Center). For humans, it is quite the impressive feat.

The cave tour is very educational and takes you on a leisurely walk throughout the caverns to check out stalactites, stalagmites and natural tunnels. If you’re feeling adventurous, Cave of the Winds also has special lantern tours that take you to sections of the caves that are not on the regular tour. The latter features spooky stories and a cave experience that is a bit more physically rigorous. Both tours feature insights into the formations and the geology of the Pikes Peak region. We highly recommend the gift shop as a final stop, especially if you have a rockhound in your group. And, while it’s not completely educational, the Terror-Dactyl just so happens to sit just outside the caverns. Call it a physics lesson. 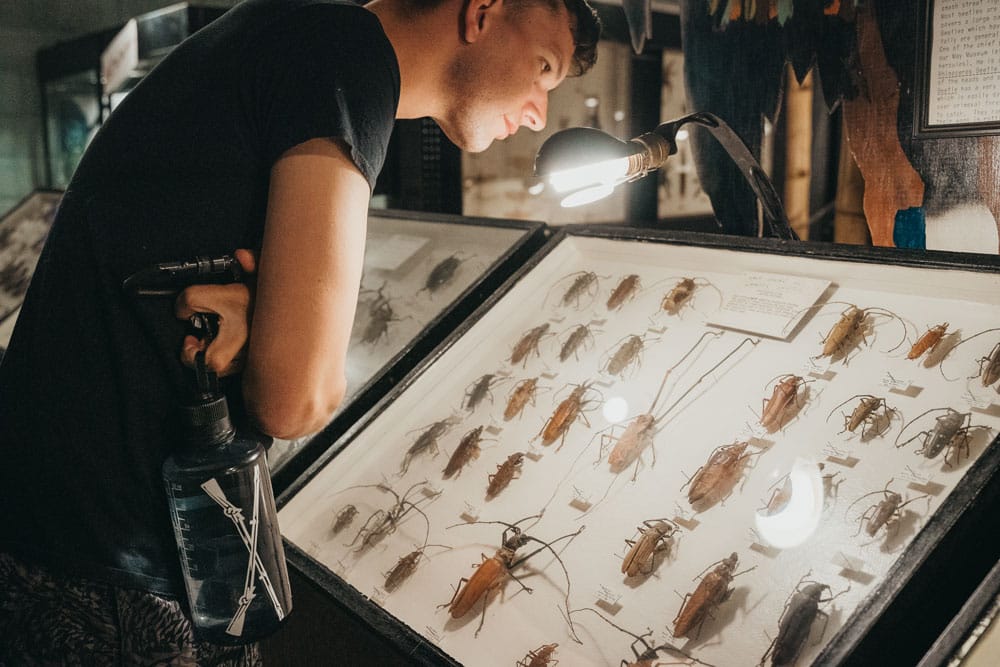 The May Natural History Museum — The Bug Museum: Life Science

More than 7,000 insect specimens are contained in this unique museum located south of Colorado Springs and Fort Carson. The curator of the attraction, the late John May, traveled the word in search of every imaginable insect specimen he could capture and pin to a board. His diligence earned him the distinction of creating one of the largest private insect collections on the planet. That’s dedication. May built his own custom cases to house the small-but-mighty critters and has made them available to the public ever since. As far as a love of science goes, John May thought it was the bee’s knees.

The biggest bug at the John May Museum Center isn’t actually located in the museum. He’s not technically a specimen, either. Mighty Herkimer the Hercules beetle greets you as you turn off to make your way to the Bug Museum. He’s been a much-loved landmark for locals and visitors and has been referred to as the World’s Largest Beetle. Whether or not that is still true can be debated but we can all agree the adorable giant is first place in our hearts. Inside, there are slightly less enormous insects, like a walking stick the size of your forearm. Iridescent butterflies, giant beetles and spiders are just a tiny sample other cool creatures you’ll meet during your visit. 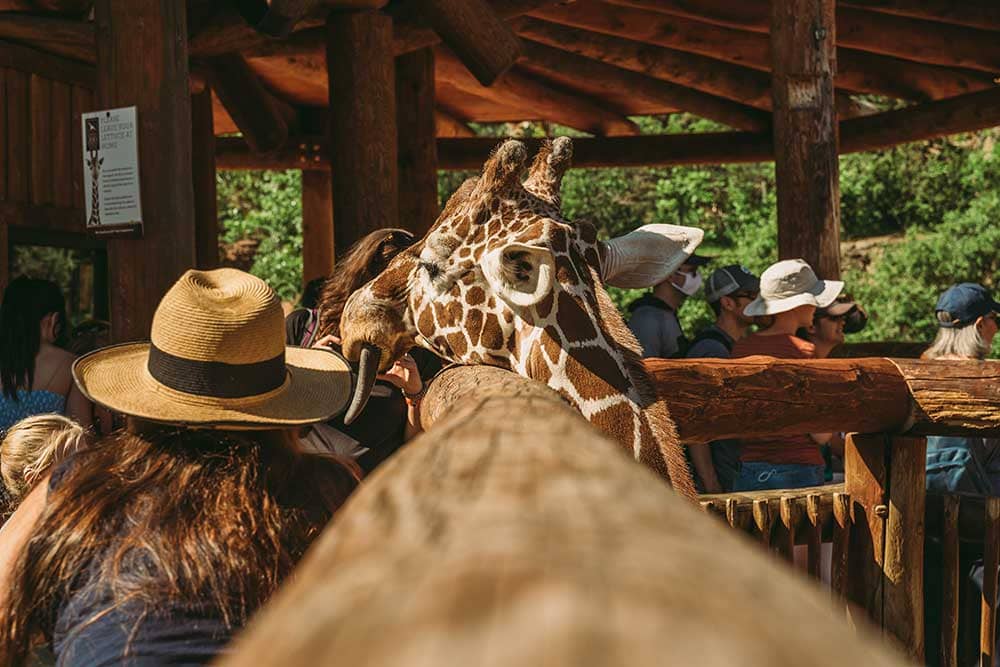 Visiting the zoo is often considered an event that is pure entertainment. However, it’s a highly educational experience that teaches visitors about so many scientific disciplines, such as ecology, conservation and zoology. The fact that is has fuzzy, adorable and magnificent animals only enhances the experience.

The Cheyenne Mountain Zoo has daily zookeeper talks to educate visitors on the various species that inhabit the world around us. They also have plenty of places for interactive learning, like the Big Backyard and the Loft. Kick off your visit by hand-feeding the zoo’s reticulated giraffes and then set off for a day of science and engagement. Stop by the wolf enclosure in the Rocky Mountain Wild. Visit the primates and play a game of gorilla-see, gorilla do. We also strongly suggest you evaluate out the physics of the zoo’s sky ride and carousel. You know, for science.

The Western Museum of Mining and Industry: Physical and Earth Sciences

The Western Museum of Mining and Industry is a top attraction for learning more about how science and industry intersect to create the technology that powers our lives. As the Colorado Mining Association says, “if it’s not grown, it’s mined.” At the museum, you’ll learn just how true that is.

The Mining Museum has a variety of interactive exhibits that explore the minerals mined in Colorado and their relationship to the modern conveniences we all appreciate. The Mining Museum also features the incredible machinery required to pull minerals from the earth. These feats of engineering can be found all over the property and within the museum. Don’t forget to try your hand at gold panning while you’re there. You may come home with some tiny precious treasures of your own.

The Colorado Springs science attractions are the perfect way to study the world around us (and the universe beyond) and have a wonderful time doing it. Pick your favorite or break out of your comfort zone and explore a whole new discipline. There’s no such thing as too much science.

Santa Claus is Coming to Town — Colorado Springs, That Is…

We’re sharing all the places you can meet Mr. Claus, share your gift list & let him know whether you’ve been naughty or nice (don’t lie, the dude knows all).

Places to Eat with Kids in Colorado Springs

Fortunately, the chefs in our list of locally owned family restaurants have not forgotten the wee ones when creating their delicious menus.

If you’ve never experienced a day at the pumpkin farm, we’ve picked (pun intended) a few of the best pumpkin patches in Colorado Springs to help you out!