With five military installations, thousands of military personnel and their families, thousands of retirees and their families and a booming government contracting industry, it’s safe to say that Colorado Springs has earned its stripes as a military city — and boy are we proud! How could we not be? We’re the place the brave men and women of our armed forces, and the amazing families that support them, call home! That’s why so many attractions and businesses throughout Colorado Springs offer military discounts. We know we can speak for everyone when we say we are honored to support you and military discounts are just one small way to show appreciation for your service and offer some discounted fun for your families while you are away. We’ve compiled some of the best military discounts for Colorado Springs’ coolest attractions and placed them all in a handy list, complete with links to help you find them when you need them!

Are you a military family hoping to learn more about your new home? Here’s a look at some history and a few fun facts about the military installations in Colorado Springs. We’ve been a hub for the United States military even before World War II, but, as you’ll see, that’s when many of the locations here in the city would begin to grow into the places you now call home.

On the south side of Colorado Springs you’ll find Fort Carson, an army installation that covers thousands of acres and is home to the 10th Special Forces Group, the 4th Engineer Battalion and, of course, the 4th Infantry Division. And that’s just to name a few. Fort Carson started out as a small camp on land donated by the city in 1942. Over the next several decades, it would grow to become a critical deployment and training installation for the army. It also happens to be one of the most-requested duty locations, which means our military loves us back in equal measures! It’s close to the Cheyenne Mountain Zoo, multiple open space areas and parks, and attractions like white water rafting and the Royal Gorge.

The south side is also home to the Cheyenne Mountain Air Force Station. In fact, the station is right near Fort Carson and even closer to our famous mountainside zoo. Once the home of NORAD and the United States Space Command (more on those in a minute), it now trains personnel and stands ready to serve as a command center in the event of an emergency. The complex sits a whopping 2,000 feet below ground and has some pretty wild structural fortifications to keep it from being impacted by explosions and earthquakes. It’s got all sorts of features that would make any doomsday prepper proud, like food, medical and even a gym. And another fun-but-scary fact? It has blast doors that can withstand a nuclear explosion. More than one set.

NORAD AND PETERSON AIRFORCE BASE

East of Colorado Springs is Peterson Airforce Base which, as of 2008, has added the cred of housing NORAD and Space Command (Cheyenne Mountain AFS was only a little sad to lose them, but they did get to keep those fancy doors). Peterson Air Force Base has been around for quite a while — long enough to have provided air support to Fort Carson when it was just Camp Carson (of course, Peterson also had a different name at the time). Peterson shares an airfield with the Colorado Springs Airport and despite being right on the edge of town, it’s a pretty quick trip to get to the nearby mountains and fun places such as Old Colorado City via Highway 24.

Even further east is Schriever Air Force Base, which is home to the 50th Space Wing, the Missile Defense Agency and many other military entities dedicated to cyber and space-related missions. Many civilian contractors also work on the base as part of these efforts. Although Schriever Air Force Base has added family housing for personnel in recent years, families still must use Peterson Air Force Base for things such as grocery shopping and other common base privileges. However, that doesn’t stop the base from being a popular request, especially since Highway 94 makes for a pretty easy drive for the 14 miles to Colorado Springs.

Last, but certainly not least, is the United States Air Force Academy. This beautiful installation sits west of I-25 on the north end of Colorado Springs against the backdrop of Pikes Peak and the Rocky Mountains. Since its move to Colorado Springs in 1958, thousands of cadets have graduated from its sweeping grounds (you can catch the Thunderbird flyover each year if you plan ahead). If you aren’t stationed on the USAFA you can still tour it and visit for Air Force Falcons games. If you do live there, it’s certainly fun to play in your own backyard, but if you decide to venture out, it’s a quick trip to visit the nearby Museum of Mining and Industry (like, right out of the North Gate), or the Space Foundation Discovery Center. Of course, being right off of I-25 means it’s really close to everything fun when you think about it.

Like we said, our city is pretty proud of our military cred and we love to share all we can! Whether you’re a new family who has just moved to Colorado Springs or have been one of our beloved military residents for some time now, we’d like to say thank you once again for your service. We hope these military discounts we’ve compiled will help you enjoy your time here to the fullest! 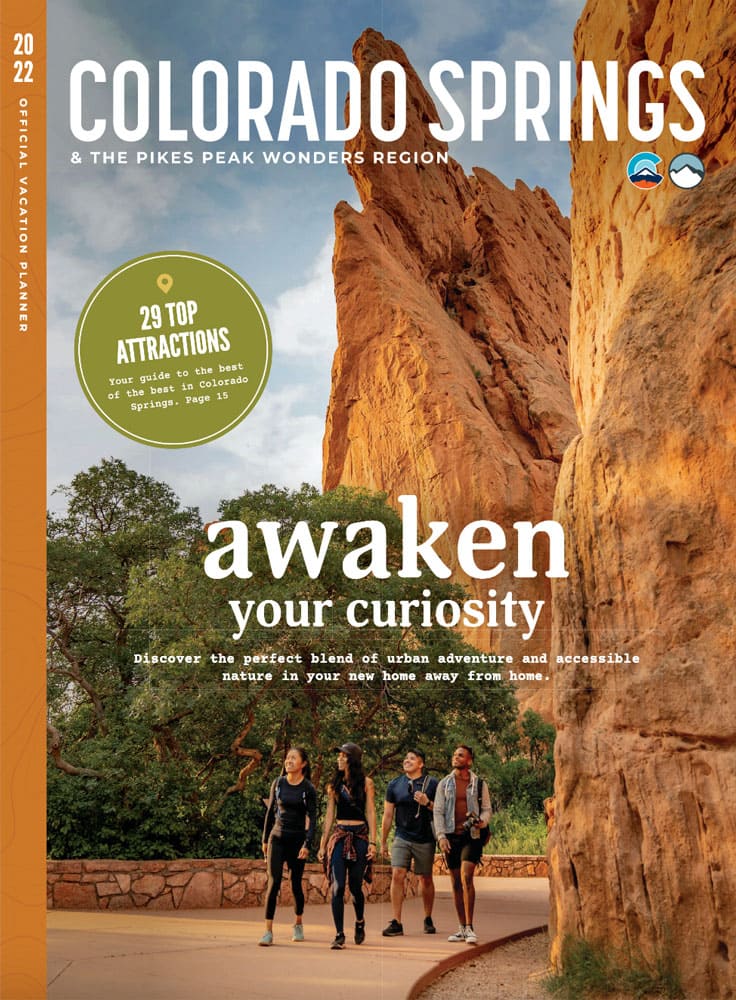